Finno-ugric peoples of Russia in the context of globalization 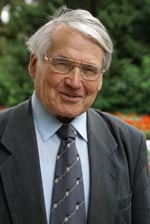 Globalization is a process of increasing interdependence of humanity and the creation of a unified world civilization spread to all ethnic communities ofthe world, including the Finno-Ugric peoples of Russia.

For the peoples of Russia, this coincided with a time of fundamental transformation of social life. Finno-Ugiic peoples were not ready to severe tests, which are presented by globalization. The new historical situation intensified among them the loss of etnicity, expanded assimilation. This was reflected in demographic indicators.

According to the 1989 census, the number of Uralic (Finno-Ugric and Samoyed) peoples in the USSR amounted to 3,3 million people in 2002 in Russia – 2,7 millions, for the period between the two censuses, it declined by 14,3% at a total loss ofthe population of Russia on 1,3%. The traditional culture ofthe peoples displaced by «mass culture». The younger generation ofthe Finno-Ugric peoples developed the mentality that promotes renunciation of ethno-cultural values and ancestors’ language.