A 79-year-old man who lit himself on fire protesting against Russia’s language policies in the capital of the Volga region of Udmurtia has died.

The incident occurred outside the regional parliament in the city of Izhevsk on September 10, ahead of a session during which lawmakers were set to debate a controversial language bill.

The man, named Albert Razin, was holding two signs reading “If my language dies tomorrow then I’m ready to die today” and “Do I have a Fatherland?”

He was said to be in critical condition, with burns on nearly 100 percent of his body.

The Investigative Committee has launched an investigation.

Razin, a doctor in philosophy and an Udmurt activist, was among a group of local experts who had signed an open latter calling on the Udmurt parliament not to support the bill on the teaching of “native languages” in schools that has angered representatives of many of the country’s ethnic minorities.

The bill, approved by Russia’s lower house of parliament, the State Duma, last year, canceled the mandatory teaching of indigenous languages in Russia’s so-called ethnic regions and republics, where there is a relatively high proportion of non-Russian ethnic groups.

Responding to complaints from ethnic Russians living in these regions, President Vladimir Putin said in 2017 that children should not be compelled to study languages that are not their mother tongues.

The bill is considered in Russia’s so-called ethnic regions, including Udmurtia, as an existential threat.

There are some 560,000 ethnic Udmurts living in Russia’s Volga region, Kazakhstan, and Ukraine.

The Udmurt community represents some 560,000 people living mostly in the Volga region, Kazakhstan, and Ukraine. 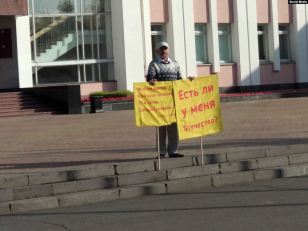 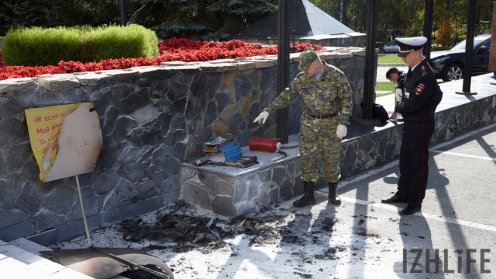