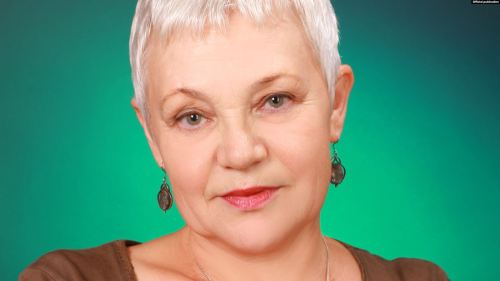 Moscow is currently promoting the division of the Mari language into two – the Meadow Mari and the Hill Mari — to reduce the number of speakers in each and make the assimilation of all Maris more rapid, the same tactic it earlier employed with the Komi language, dividing it into Zyryan and Permyak groups, linguist Margarita Kuznetsova says.

Some people view what the Russian authorities are doing as solicitous of ethnic differences, says Kuznetsova, the Estonian and Hungarian-trained linguist from Ioshkar-Ola; but in fact, it is a strategy intended to destroy rather than preserve the Komi and Mari languages and peoples by promoting their absorption into the Russian nation.

This is only one of the threats to these languages, according to Kuznetsova. Others include globalization, Europeanization, and what is called “unidirectional bilingualism” in which Maris and Komis use Russian with Russian speakers who in almost no cases know their languages and increasingly use Russian with each other because of uncertainties about being understood.

Because of these threats, she continues, she fully understands what led Udmurt scholar Albert Razin to commit suicide by self-immolation in September 2019 on the day of the Ural languages which are in almost every case now dying or more precisely being murdered by the Russian authorities.

Twenty years ago, at the start of Vladimir Putin’s time in power, the linguistics scholar says, she was more optimistic about the future of Mari and other Finno-Ugric languages. But since that time, everything has gone in the wrong direction; and these ancient languages are at risk of disappearing.

Kuznetsova argues that the only short-term hope is for the Maris and the others to promote their own cultural festivals and traditions and associate their languages with those. That is a defensive position because it will limit the use of the language elsewhere but it may be the only thing possible given Moscow’s aggressive attack on them.

Surveys bear this out, she continues. In 2001, more than 70 percent of Mari households spoke Mari at home. By 2015, that figure had fallen to 41 percent. And it is lower now. If this trend continues, then after a generation or two, there won’t be any Mari speakers left. Instead, Mari speakers will be replaced by Mari-Russian ones, and then by those using only Russian.

Kuznetsova points to another problem: experts on Finno-Ugric languages are declining in number both in the Russian Federation and in the Finno-Ugric countries abroad. The pioneers of the past are passing from the scene, and the younger generation is not producing replacements for them.

As a result, not only are fewer Finno-Ugric nations speaking their own languages inside the Russian Federation; but fewer people around the world know about this, something that makes it easier for Moscow to act against them.