Day of National Minorities is Celebrated in Estonia

As part of the festival “Week of National Cultures,” the city of Tallinn celebrated the Day of Estonian National Minorities.

On the program of the festival were concerts, exhibitions, lectures, and workshops, reported Sputnik News.

On September 23, the Working Party of National Minorities Minority Folklore Council of Estonia and the National University of Tallinn held the Roundtable of Estonian Peoples.

The National University also taught how to prepare national dishes. On September 21, the Udmurt activist Mush Nadi (Nadezhda Pchelovodova) shared the secret cuisine of her people. On September 23, Zhanna Toht and Lyudmila Yamurzina conducted a workshop on Mari cuisine. Yamurzina also gave a lecture on the role of women in Mari folk culture. Natalia Ermakova held a lecture on the same topic in an Erzian context.

In addition, an exhibition by the artist Andrei Aleshkin about Erzian mythology was opened. There was also a performance by the ensemble of Gypsy dance “AL SOL.”

Over the weekend in the Town Hall Square a festival of the Association of Estonian National Minorities, which comprises 34 national organizations, took place. On the stage there were various performances while in the square there was a market of folk handicrafts where you could try various national dishes.

Our organization “The Union of Tartu Maris” was also present in the market. We would like to thank Zhanna Toht for her help.

On Sunday in the Teachers’ House of Tallinn the Forum of Peoples of Estonia took place. The meeting was opened and led by the Chairman of the Board of the Association of Estonian National Minorities, Timur Seyfullen. At the end of the forum there was a traditional banquet. The forum was attended by two members of our Mari organization from Tartu. 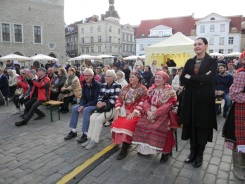 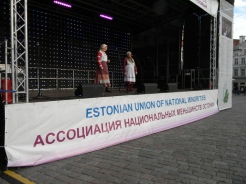 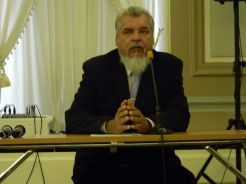 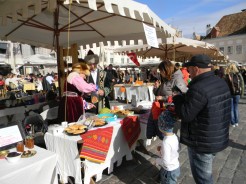 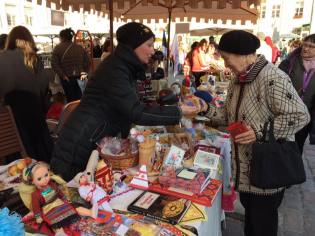 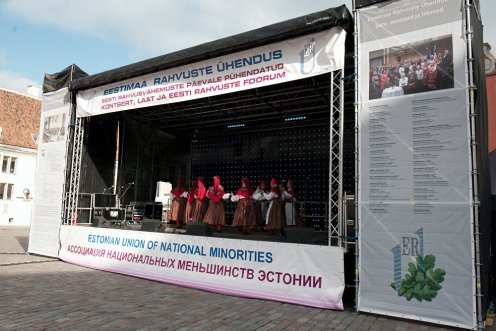 Vasli Nikolaev,
Chairman of the Board of the NGO “Union of Tartu Maris”.
Photos by the author,  by Zhanna Toht, Lyudmila Yamurzina, and Sputnik.